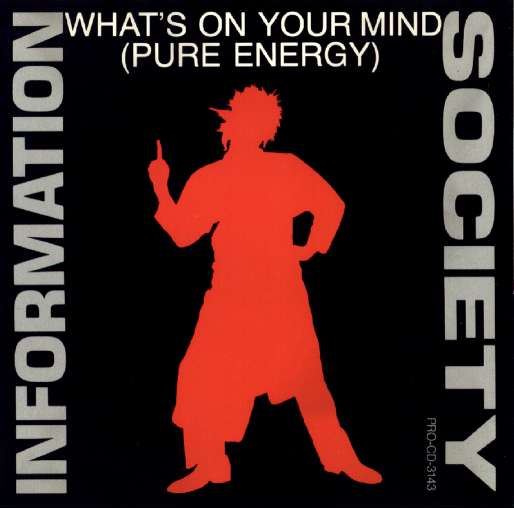 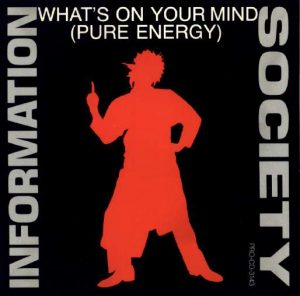 This was just posted on the Information Society page on Facebook. It’s the story of how a Star Trek sample of Mr. Spokc was cleared to be used on the song “What’s on your mind (Pure Energy)” which is one of my favorite tracks on the 80’s. Amazing Story!

In 1985, a synthpop song from a lily white quart…et of mid-western, collegiate, (pre)Techno nerds had found its way into Latin dance clubs in New York. Joey Gardner brought “Running” to Tom Silverman and Monica Lynch at Tommy Boy Records who signed its authors, Information Society, to a singles deal then remixed and re-released what is now a freestyle classic. Warner Bros./Reprise Records had a “Right of first refusal” deal to develop artists with Tommy Boy, primarily a Rap and Dance music label with an emphasis on singles and 12″ Club music for the R&B and Latino markets. After hearing their demos, I exercised that option and began working with Paul Robb, James Cassidy, Kurt Harland and Amanda Kramer on a full length album. My biggest contribution was enlisting Fred Maher to produce, a drummer skilled in new technology whose credits as a musician included Material, Scritti Politti, Richard Hell, Lou Reed, Daevid Allen, Robert Quine, Kraftwerk and Fred Frith. Does that not scream Latin Dance Club music or what?

By the time production began in 1988, while it had been a common practice in avant garde music and sound design for decades, “sampling” in pop music was not a household word. Rap, Hip Hop and Dance music were only just letting that beast out of Pandora’s Box (contributing to a mindset that taking another artist’s original composition and/or a record label’s recording and calling it one’s own without sharing credit or profit was A-OK!). The good news was that InSoc and Maher had hit the ball out of the park. How did I know? My boss, Michael Ostin, for the first time walked into my office and complimented me! He said he’d been wearing his WalkMan at the salon while having his hair done and couldn’t stop listening to the final mixes (I’m not kidding).

The bad news was that upon hearing one of the key tracks, I walked it up to the WB Legal Dept and asked if there was going to be a problem. They had clearly copied music and dialogue from episodes of Star Trek and had featured Leonard Nimoy’s voice in a song. The answer was not only “Yes!”, but that we had to remove all the samples from “Tell Me What’s On Your Mind (Pure Energy)” and remix it or take it off the album. You see, I couldn’t let that happen because it was Spock repeating “Pure Energy” that was the ultimate hook of what sounded like a hit song! But that wasn’t the worst news.

To release the song with that and all the other Star Trek references (http://en.wikipedia.org/…/What%27s_on_Your_Mind_(Pure_Energ…) meant not only clearing the rights for those two words, but finding which episodes they came from and then getting permissions from and paying reuse rights to Paramount Television, NBC, the Screen Actors Guild, the Directors Guild, the Writers Guild, the American Federation of Musicians, the screenwriters, the directors, the composers, the actors DeForest Kelley and Leonard Nimoy, and possibly Gene Roddenberry himself. What was a mother to do?

One night I found myself at a scenester watering hole called Smalls one block West, ironically, of Paramount Studios on Melrose and Gower in Hollywood. At the bar, I sat next to a guy and we started chatting between bands (aka “Smalls” talk). He was just starting to break into the record business. He’d been studying entertainment law with some background in film, but was a big music fan. I bent his ear with my frustration over the legal issues surrounding the Information Society album whose release was now on hold. To my surprise, he said he couldn’t promise anything, but that he might be able to help. He introduced himself as Adam…Adam Nimoy and said that if I sent him a copy of “Tell Me What’s On Your Mind”, he’d play it for his dad.