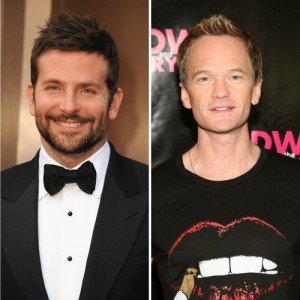 Being one of Hollywood’s hottest actors entails more than just good looks! These five actors have shown commitment to their careers as well as the community.

Cooper has made a name for himself by proving that he is a versatile actor. He’s most known today for his role in American Sniper, but he got his start in the comedy: The Hangover. At the age of 29, Cooper had a self-realization about how his abuse of alcohol and drugs were ruining his life. Cooper has since credited his successful career to his sobriety and is a great example for all those out there struggling with addiction.

Colloquially known on social media as NPH (seriously, his handle is ActuallyNPH), first debuted as Doogie Howser in the 1989 comedy-drama series. Harris’s approachable demeanor made him one of the most accredited hosts for both the Tony awards as well as the Emmys. Thanks to his recent roles in How I Met Your Mother and Harold and Kumar Go to White Castle.

Will Smith got his start as THE Fresh Prince of Bel-Air! Smith is a charitable family man who stands out in Hollywood. He and Jada Pinkett, his wife of 19 years, started the Will and Jada Smith Family foundation, a charity that helps at-risk youths and inner city families.

Without a doubt, Jack Nicholson is easily one of the most notable and recognizable actors of a generation. He was iconic as Batman’s nemesis, The Joker, and chilling in the movie rendition of Stephen King’s novel, The Shining. Nicholson is a highly recognized actor with twelve Academy Award nominations, the most any male actor has received in the Academy’s history.

Ask anyone in Hollywood who they think is the hardest working talent on set and odds are good you’ll hear Tyler Perry’s name more than a few times. His work ethic has landed him as one of Hollywood’s hottest actors. After a tough childhood, Perry found writing to be therapeutic. All of Perry’s hard work has paid off and the actor has branched out into becoming a producer, director, and screenwriter.