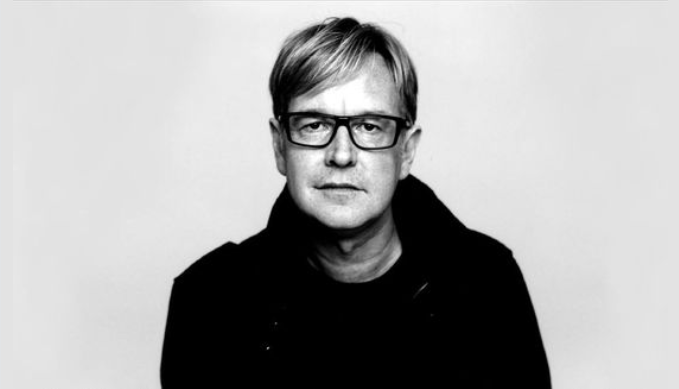 Andrew Fletcher keyboard player and band member of Depeche Mode from the beginning has died. He passed away at age 60 on May 26th. The exact causes has not been releveled. I am a huge Depeche Mode fan and have been since the age of 12 when I first heard People Are People. They were one of the first bands that I fell in love with and became my most favorite band and to this day they are my favorite band.

Andrew Fletcher was 15 in 1976 when punk rock arrived on the music scene. He said this was “obviously the perfect age to experience it…we were very lucky in life”. He was then influenced by bands such as Siouxsie and the Banshees, the Cure, Kraftwerk, early Human League, and early OMD. Fletcher and schoolmate Vince Clarke formed the short-lived band No Romance in China, in which Fletcher played bass guitar. In 1980, Fletcher met Martin Gore at the Van Gogh pub on Paycocke Road in Basildon. With Clarke, the trio, now all on synthesizer, formed another group called Composition of Sound. Clarke served as chief songwriter and also provided lead vocals until singer Dave Gahan was recruited into the band later that year, after which they adopted the name Depeche Mode at Gahan’s suggestion.

Although Andy has admitted that he didn’t do much in the band musically and many fans knew this, he still played a big integral role. He was the band manager and the person responsible in keeping the band together, specially in the 90’s when Dave Gahan had drug problems and the band almost broke up. Alan Wilder ended up leaving, but Andy was still able to keep the core of the band together.

I hope that the band continues on and maybe they can bring back Alan Wilder for a new album. That would be a dream come through for the hardcore fans. RIP Andrew.

I leave you with some quotes from other musicians about his passing:

“A real bolt from the blue to hear about former Depeche Mode colleague Andy Fletcher yesterday. My thoughts and condolences are with his wife Grainne and all the family at this distressing time. RIP ‘Fletch'” -Alan Wilder

“We’re saddened and shocked that Andy Fletcher of Depeche Mode has died. Fletch was a warm, friendly and funny person who loved electronic music and could also give sensible advice about the music business. Our sincere condolences to his family and friends and to Dave Gahan and Martin Gore. ”
-Neil & Chris of Pet Shop Boys