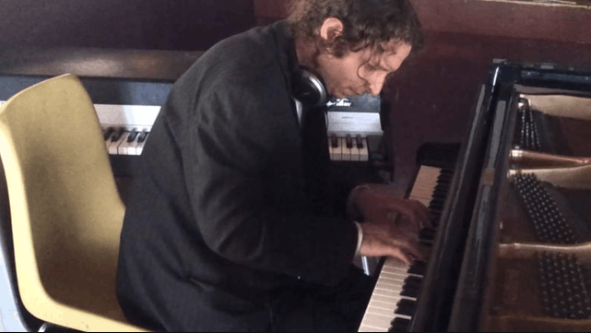 One way in which the United States seeks to earn its nickname, “the land of opportunity,” is by allowing individuals from abroad to immigrate based on their extraordinary ability in the arts. One such individual is Israeli-born Jazz musician Kobi Arad.

Arad’s particular talents are in composition, bandleading, and playing the piano. To date, he is the first and only musician to receive Doctorate in Third Stream / Contemporary Improvisation from New England Conservatory. His musical skill has led to collaborations with artists such as Stevie Wonder, Cindy & Carlos Santana, and Robert Margouleff. He has also won Global Music Awards and an HMMA Award for his band’s cover of “Bemsha Swing” by Thelonious Monk. He has performed at venues such as the Lincoln Center, Blue Note NYC, and the Knitting Factory. Prior to coming to the United States, Arad’s music was played on Zmira Luzky’s radio show on the Israeli national radio channel Kol HaMusica. Arad has also ventured into video production, coordinating and producing a recent video featuring Carlos Santana for Todos Medical.

Arad explained the process of getting his green card by saying, “I applied for it myself, with the assistance of my immigration lawyer, Lawrence Benedeck. The process of applying made me strive for higher achievement and recognition, being part of the US musical offering and industry as a leading goal and principle.”

Broadly speaking, Arad was awarded his green card after showing his commitment to contributing to the ever-evolving styles and sounds of Jazz. He said, “The musical heritage of Jazz and soul is special to the US, and that’s what made me want to come here and learn, evolve, and impact this great legacy of musicians myself.”

Arad cites his achievements and his collaborations with all-time greats such as Stevie Wonder and Roy Ayers as deciding factors in the approval of his green card. He particularly recalls working in co-production with Stevie Wonder and his manager, Stephanie Andrews – who helped and participated in putting together a BPC performance, which Arad produced in 2005.

Aspiring artists and musicians wishing to follow in his footsteps and apply for a green card should take note and pursue artist excellence first and foremost. These factors should tip the scales in their favor during the application process.