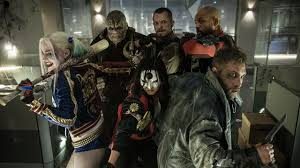 Early reviews of Suicide Squad, the Warner/DC comic book villain movie are scathing and are reminiscent of the response to this summer’s flop Batman v Superman. Indications are that just like the summer flop, Suicide Squad is expected to open high and then crash. The issues seems to stem from the criticism of BvS and its lack of humor and entertainment.

David Ayer’s Suicide Squad was meant to be a darker noir movie. Unfortunately to BvS tanking, WB execs ordered that this movie be made more entertaining and to lose some or all of its darker feel. What made it worse was that one the later trailers was hailed as having the right tone by all of the focus groups.

Ultimately Warner then hired the same production company that cut the trailer to come in and recut the entire movie. During the time Ayer was doing reshoots of various scenes that needed a lighter tone and humor. It is unheard of for a director’s cut to be redone by an outside production company.

According to the critics reviews, we have now unfortunately ended up with a muddled movie, that is neither dark nor mirror the lighter tone of Marvel movies. A lot of the jokers scenes from the movie have been cut. It looks like in order to see the movie the director intended, just like Batman v Superman, we will have to wait for the director’s cut blu ray discs to go on sale.