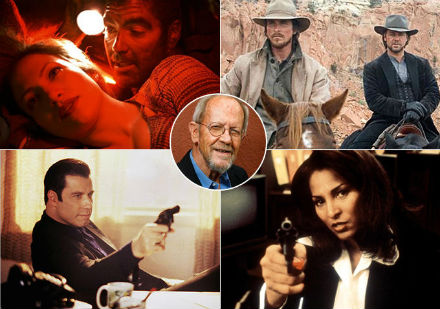 Crime has always been a unique aspect of cinematic storytelling. The tails of underworld mob bosses and shady figures murdering and stealing have always made for good stories. It was not until the dark and cynical crime dramas of the 40s that crime started to be more than just pulp. Noir rose from that era, a genre still believed by audiences seeking that vintage feel of dark alleys and smoky bar rooms.

What makes a crime thriller classic isn’t something easy to quantify. Although, the best crime thrillers are the ones that seemed more concerned with telling the story of the characters and not using them as empty vessels. These films bother to take gangsters and the crimes they commit with some measure of seriousness, almost humanizing these despicable characters. Intrigue, malice and drama are all aspects of these crime thrillers.

Martin Scorcese had been silent for some time before the Departed finally came out, so the anticipation building for the film was palpable at release. Leonardo DeCaprio stars as an undercover cop caught in a criminal underworld. He struggles to maintain his own moral code without giving away his status as a police informant. Even going to jail for a few years to complete the cover story, following a poignant scene where his commanding officers ask him if he wants to be a cop or just wear the uniform.

Fraught with symbolism, The Departed shows us a cast of very ugly people and slowly brings us around to their points of view. None of these people are very likable, the exception being DeCaprio as a piteous individual. Still not “likable” in the conventional sense. The film also stacks bodies like it’s trying to be Boston’s version of Battle Royale. This is not a film designed to be interpreted linearly, which is has always been one of Scorcese’s greatest strengths as a film maker.

Se7en, directed by David Fincher, is a classic crime film. To borrow the words of its killer: it’s a film you will talk about and scrutinize for many years to come. This is the same directorial mind that brought us the stylish Fight Club, and it’s apparent that the same level of detail was applied here. Se7en walks us through a series of grizzly murders that mimic the seven deadly sins from The Bible. The gore is not the reason for watching this film. Se7en actually shows us surprisingly little of the victim’s demise. We get snapshots here and there, but the audience is forced to use its imagination to fill in the horrible details.

What makes this film a classic is its subtle use of tension. A cramped chase sequence through a derelict apartment leads us so close to the killer it hurts. We’re able to sympathize with Brad Pitt and Morgan Freeman, who do an excellent job walking us through the frustrations of hunting their man down. And yet, so much goes on behind the main plot of the film that the ending still comes as a very sober slap in the face. Se7en will disturb and entertain you in ways that few crime dramas can manage, but you’ll want something light hearted when you’re finished.

No Country for Old Men

Cormac McCarthy’s novel of violence on the border of Texas and Mexico is touching and rustic, but not in the usual ways. Our portal to this macabre world is played by Tommy Lee Jones. He is the soft-spoken sheriff with an ironclad set of morals more at home in a 1830s quiet town than modern Texas. He meets the very definition of violence, or rather sees the trail of carnage this person leaves behind, as he struggles to save the life of a young man and his family swept up in it all. Everything becomes even more complicated when Josh Brolin’s character comes across an apparent gang shooting and a suitcase full of cash.

This sets in motion a chase across this small town, where one violent man will stop at nothing to recover the one thing he’s been tasked to find. This quiet film should not be mistaken for a boring one. The dialogue is sparse, but sharp. The soundtrack is almost non-existent, letting the sounds of the desert color the film. No Country for old Men is an exploration in film making better compared to The Good The Bad and The Ugly, for its willingness to let the characters and setting do so much of the talking.

Heat is engaging, violent and gritty. It stars Al Pacino and Robert DeNiro as two diametrically opposed forces. Although DeNiro doesn’t know it, Pacino will be hunting him throughout the film. The dialogue in Heat is very methodical, taking its cues from real life police work conducted by Chuck Adams. He pursued a criminal very similar to DeNiro’s Neil McCauley. He even had an encounter with his perp in a coffee shop, informing the iconic scene so many remember.

The cast is only part of the draw to Heat. Michael Mann’s script is thoughtful and involving. The film also features what was one of the longest action sequences in cinema history before the Lord of the Rings films came around.