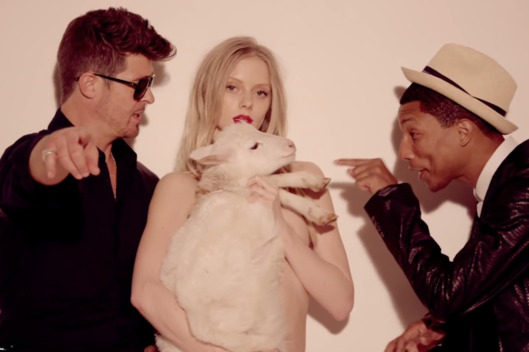 Last week  a federal jury ruled that Robin Thicke and Pharrell Williams’s “Blurred Lines” had infringed on the copyright of Marvin Gaye’s 1977 song “Got to Give It Up. $7.3 million was awarded to Gaye’s family, one of the highest ever to a music copyright case.  This could set a precedence for lot’s of upcoming copyright cases.

However, the experts are saying that each case is always different and it is really up to the judge and jury to decide each case.

Ray Martinez, a music producer who has been an expert witness on several of these types of cases, as well as lead legal consultant on several others, stated “I can pretty much ascertain that this, although it could influence other cases, it will not set a precedent. There is not a “by the book rule” or ‘law’, and at the end, the ruling is up to the discretion of the judge, which in most cases, have NO idea about music. Sad, but true. Each future case will be tried in its own merit, with the final ruling being not to the wisdom of the judge, but to the Ignorance of the judge.”

In my own opinion, Thicke and Pharell really hurt themselves by publicly stating that this song was influenced by Marvin Gaye.  I am a musician and can tell you that melodically the songs are not similar, but rhythm was and vibe vise they are.  It is the melodic part that usually has decided the past copyright cases. This is the first time that a case is being won just based on the rhythm. Hopefully, this would not set a precedence, because if so the whole hip hop and electronic music genres could be in trouble!