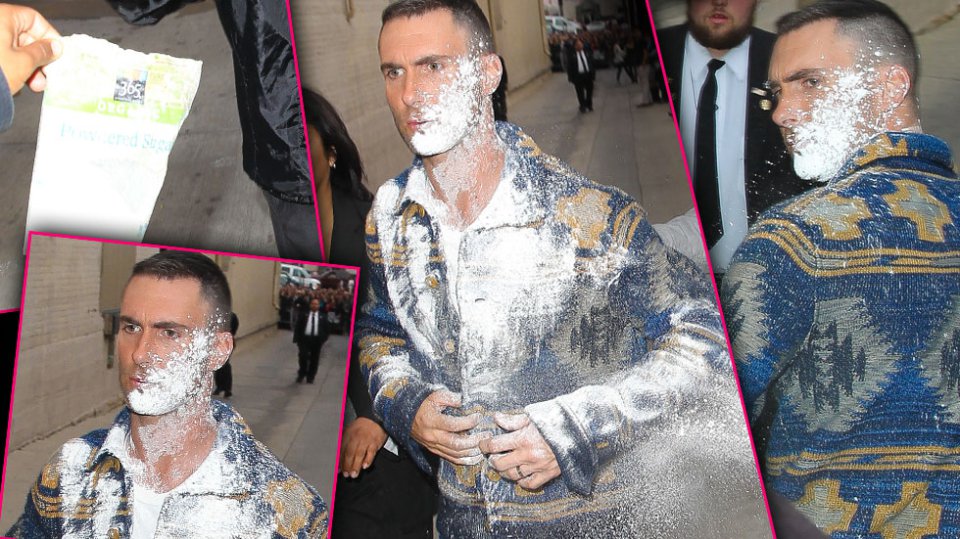 Adam Lavine of Marron 5 who appeared at the Jimmy Kimmel Live on Wednesday was sugar bombed after the show while giving autographs to his fans outside the venue. A man disguised as a fan suddenly trow a bag full of sugar to Adam’s face. Adam appeared to be very pissed about it, but kept his calm.  The security immediately took the man down and arrested him. He’s currently in jail, pending $100,000 bail.

It seems it was not the first time this man had done something similar. His name is  Navid Farsi.  According to police, Farsi is a serial offender with 4 other similar incidents. He’s the same man who threw a rock at The Rock last week, so apparently he likes a theme.

This is very concerning because this could have been any kind of chemical instead of sugar. This is almost like act of terrorism. Our society is full of psycho idiots. An artist or a celebrity should not be in danger because some idiot does not like them. They are just performers and entertainers.

There are some crazy douchbags out there who like to cause people pain and suffering. Seems like he enjoys what he does. They should give him at least 6 months to learn a lesson. What an Idiot!