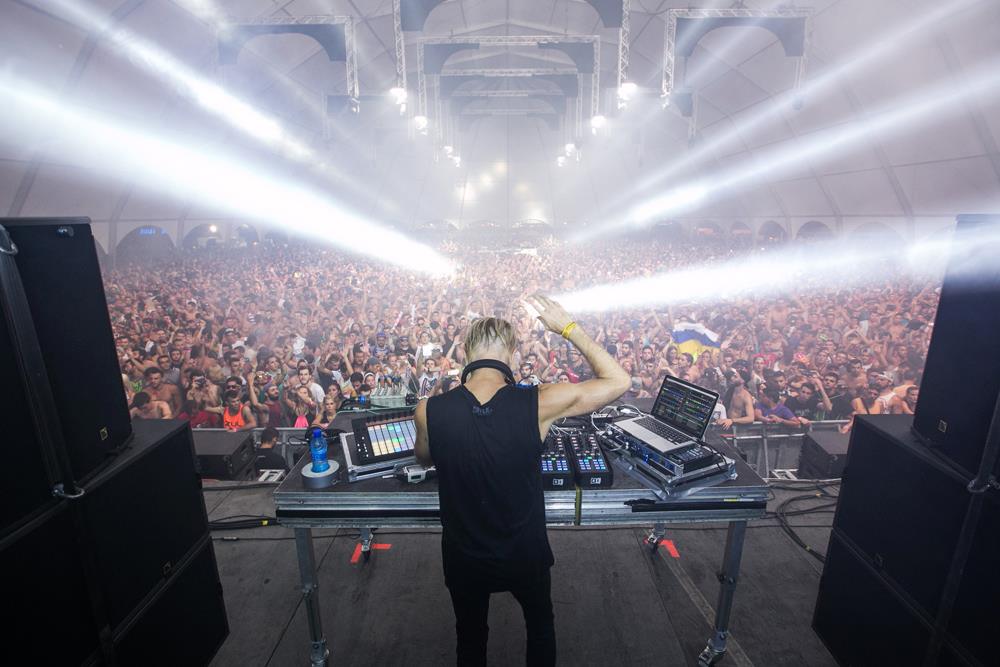 Forbes recently produced the list of  highest paid DJ’s. Some people may question if these DJ’s really deserve to get paid so much, given they don’t play any instruments on stage, while there are many musicians that play instruments are struggling to make ends meet. Let’s look at the list first and then I will add my own comments what I think about this and why DJ gig rates have sky rocketed.

First of all these DJ’s are not just DJ’s.  Every single one of these guys on the list is also a music producer and several of them have had Top 10 tracks in US or other countries.  Calvin Harris, David Guetta, Zedd… Zedd has amazing talent for only being 25 years old. Another guy to watch out for is Martin Garrix who is only 18.  I think every single one of these guys on the list is well deserved the amount of money they get paid. These are the top guys in the industry and some of them have produced tracks for the likes of Madonna, Rhianna and Lady Gaga.  John Legend got to #1 with Tiesto’s remix of “All of me.” It is a great song, but Tiesto took it to another level and made it radio friendly. It would probably not even been Top 10 without Tiesto’s remix.  Calvin Harris actually sings too!  Personally I only like 3 of the producers on this list, but I give credit to the rest for making Top 10 pop tracks and bringing EDM to the forefront.

One main reason these guys make so much money is because of VEGAS. Vegas started paying insane money to these guys, like $100K to $200K per gig….in return they charge $50 a head for entrance. It is a competition…all the clubs in Vegas are competing to have the best DJ’s, hence their rates sky rocketed. Most people attending these clubs probably don’t even know who these DJ’s are when they attend, they just want to party and have a good time. Many attending raves and these type of clubs are there to get high from drugs, but as a result more and more people are also starting to dig this type of music.

EDM music really started from the 70’s with disco. Back then disco had many haters, but look at the number of top artists it produced, such as Bee Gees, Abba, Donna Summer and Michael Jackson. Today it is the same, many are hating EDM and calling it just beeps and blips, but with the recent increase of EDM tracks in the Top 10, it just shows that he whole world agrees that EDM is here to stay and it is not just beeps and blips.

To be a good electronic musician is not as easy as you may think. It is the same as recording a rock song and making it sound good. It takes many many long hours. These guys here have all worked hard to get where they are. I agree that there are some DJ’s out there that perhaps do not deserve to get paid what they do, because all they do is mix other people’s tracks. However, all the ones on this list deserve to get paid what they get paid.