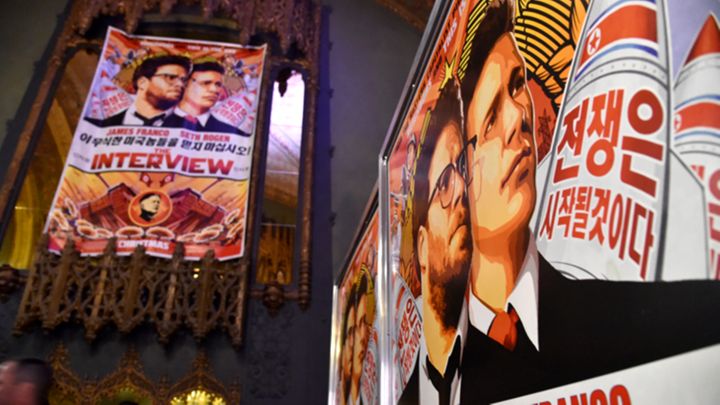 Gotta love Hollywood politics!!! So Sony had said it would not release “The Interview” in the theaters on Christmas Day amid terror threats because “of Public Safety and Sony cares too much for welfare of American people”, but now they have changed their minds and not only are releasing in about 200 theaters but also are releasing it online a day early on Dec 24th, The movie will be available for streaming at $5.99 and for purchase for $14.99, from Youtube Movies, Google Play, Microsoft’s Xbox and Sony’s own website.

I think this was one of the greatest, smartest and the most tactical promotions ever pulled for a movie! Sony is the Evil Empire and with Evil Empire comes Evil strategies! Wow Nicely done! LOL I love it when they the American public are taken for dumb asses. I am sure this movie will gross more than Titanic! Good for them! Even at 6 bucks I think they might make more money than they would in movie theaters…I don’t know what they make per head in movie theaters, probably most of the money you pay in the movie theater does not go to the studio!