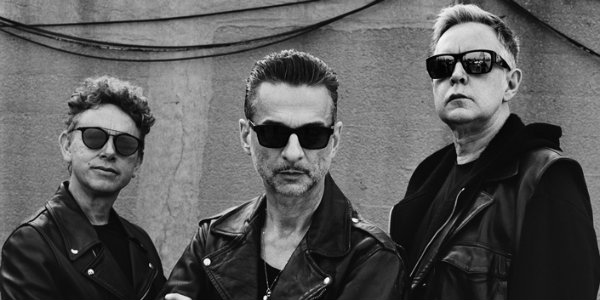 A Facebook friend posted this review on his timeline. I hope he doesn’t mind me sharing.

I really liked the beautiful, moving and powerful stories shared by these 6 fans that were chosen to be featured in this movie… But… There are some things in this film i would have liked to have seen.

1. I would have liked to have seen the members of DM interact with the 6 fans. They didn’t once and that was a real disconnect for me. They really should have had at least shot some private footage with Dave or Martin interacting with or at least commenting on their stories. Maybe a large dinner scene with everyone there talking.

2. I like Anton Corbijn as a music video director but not so much as a feature documentary director. I felt the flow and the storytelling could have been a lot more detailed and tighter. I feel some of the stories being told left the audience feeling unresolved by the end.

3. I felt there was just a little too much concert footage for it to be a documentary and it really didnt mesh well with the fans stories. Or maybe the concert footage was fine and i felt more story dialog was missing. I dont know. I was hoping for a little more exclusive private band footage or DM’s comments along the way to tie the documentary together better with these 6 fans. It felt like two seperate films at times. You also didnt get to see much of the 6 fans interacting with each other which would have been some great scenes and was a missed opportunity. D.A. Pennybaker was able to piece together the story of 101 much smoother.

4. I know some of you will disagree but i really felt that since ive been a Devotee since 1981 when they started i can comment with my opinion here. That doesn’t mean i thought the 6 stories featured in the movie were not touching because i absolutely thought they were. A few were very heartfelt. Ok, read on.

I have heard some incredible stories through the years by some of Depeche Mode’s oldest and most devout fans going all the way back to the days of the original bong UK and US fan magazines and the first internet fan sites that were on Prodigy. Man I’m old. 😄 When i think of Depeche Mode i think of them as my musical religion/family that i found just at the right time of my addolecence. I think of them as the band that saved my life, changed my thinking, gave me my fashion style/haircut, got me to wear black eyeliner & influenced me to become a songwriter, singer and keyboardist. They literally became my world and would become the one pre requisite to all my future relationships. If you weren’t a DM fan or didn’t like their music i simply wouldn’t want to know you. When i think of DM fans i think of wonderfully obsessed alternative individuals that are educated, emotional, empathetic, compassionate, sexual, strong, creative, loyal and different in the best sort of ways. No band for me has ever brought more like minded people together.

Some of the fan stories I’ve heard were how DM’s words and music saved them from suicide and gave them a reason to live, how DM became intertwined in so many relationships, break ups, marriage proposals and weddings, how fans lost loved ones and healed with DM’s music, how fans remember the best and darkest moments of their lives just by the timeline of DM’s song catalog , the stories from the fans and opening bands that toured with DM through the years, how the mega fans slept 8 days on La Cienega Blvd just to get into the Warehouse Records instore to have the band sign their record and the stories are endless at this point. Everyone i know has a great DM story to tell and i love that.

It would have been great and added to the documentary if the producers had searched out a few of the mega hardcore devotees who lived it from the beginning and featured some of their stories. Maybe DM didnt want something that honest or maybe that’s for another documentary down the road.

5. The ending felt clipped off and not resolved to me. I would have liked to have known if the one lady beat her breast cancer battle, if the Romanian guy found love, if the youtube family band guy was able to move closer to his kids or why he couldn’t. The Brazilian fan story was the only one that felt complete and it was great to hear that his parents accepted his sexuality. The girl from Mongolia seemed very sweet and smart for her age and i can see why she was attracted to DM. She mentioned that she wanted to become a singer. I would have liked to hear her voice and maybe heard her sing a Martin ballad.
DM has always had an educated deeper soul audience. Lastly, it would have been complimentary at the end to have some final commentary from the band since it was the last two shows of the tour and the end of this documentary.

I of course liked the movie. I just felt more could have been added. I mean how could i not like it? Anything Mode is sacred.