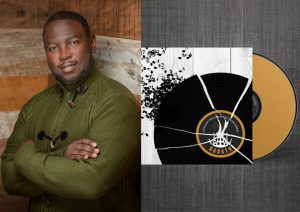 A brand new album from Anthony Nelson and the Overcomers is on its way. Entitled Worship: In Spirit and In Truth, the album is Nelson’s way of overcoming the often repetitive structure of Gospel music.

Worship: In Spirit and In Truth is built around the group’s #1 Billboard Gospel song: Deeper. There’s a lot to love here for fans of any genre, with a cohesive blend of the band’s signature sound – a mixture of soul, folk (acoustic) and R&B.  Sonically, listeners will be pleased with the diversity and uniqueness in sound, song structure, melody, etc.  Lyrically, and musically, this EP conquers the often repetitious nature accompanying worship music with words that challenge listeners to truly explore the meaning of worshipping God in spirit and truth.

Nelson comes from a place many can relate to. He’s an environmental engineer by trade, but the loss of his parents forced him to confront his relationship with God. This struggle was ultimately very personal: “Everyone deals with grief differently.  For me, as a somewhat introverted person, I sort of drifted away from church and became withdrawn.” Nelson didn’t hold grudges or feel sorry for himself, instead, he focused his energy toward the good he could do with his life. “Playing and composing music became very healthy outlets to deal with the mental and spiritual pain.  Eventually, God led me back to church, where I became a minister of music and worship leader.”

Nelson chose family to form the Overcomers. There can be a lot of drama and challenges when creating a band. When the ultimate goal is the message, the best way to wipe all that out, says Nelson, is by falling back on the loving arms of family. The Overcomers are Melini Redditt, Lynn Burnett, Shalandra “Dee” Irvin and Michael Burnett, and from the way Anthony tells it they are a group special to his heart and to his process. “Oftentimes, with groups of any genre, there is typically some chaos [but] I find that working with family members is much easier.” When Nelson started delving deeper into his music and exploring that part of himself, and that connection with his spiritual side, he turned to God for guidance. “God influenced my decision.  He just laid it on my heart who to choose for the group and it has worked out beautifully.”

For Nelson, this upcoming album is as personal as all of his work. His process is very solitary, feeling the urge to explore more than just words. His music is often called “visual” for the impactful lyrics, usage of metaphors and imagery to build on his ideas. “Songwriting is such an introspective process for me.  Sometimes, I go to my music room late at night; sometimes I go to a bench in the park or to a beach.  And, it is those different places and observations of nature and people that help me to write from different perspectives (i.e., first person, third person) and with various imagery.”

The forthcoming Worship: In Spirit and In Truth is due out February 9th, 2018.